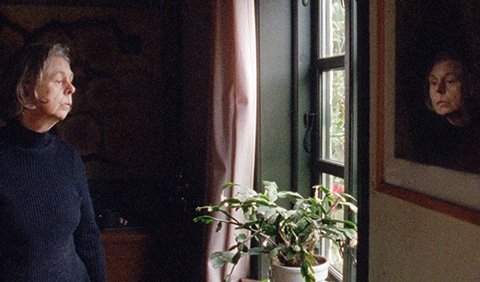 A work of fiction, the film is developed from the life of —and starring— a real woman, Pia, who is intellectually disabled. Pia is 60 years old and lives in the care of her mother Guittou, 84. Guittou is getting old, and Pia worries about what will happen when her mother dies. She is afraid of being left alone. Although Pia has never had a boyfriend, she thinks that she needs to find a man to love in order to survive. Then Pia meets a man called Jens and embarks on relationship with him, not realizing that in the meantime it is her mother who is left alone. 
Born in Dunedin, New Zealand, in 1981. He studied film at the Otago University in New Zealand before he started studying at the Danish film school Super 16. He directed a few shorts, such as Lars and Peter (2009) and Berik (2011). In 2013, he directed his debut feature, The Weight of Elephants. Loving Pia is his second feature film.