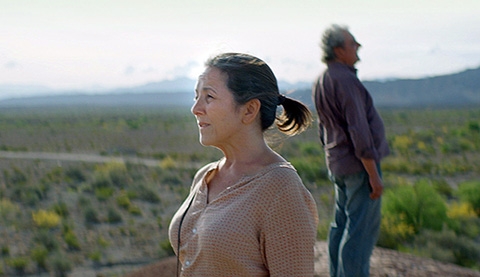 54-year-old Teresa has worked for decades as a live-in maid with a family in Buenos Aires. When the family sells the house, she is forced to take a job in the distant town of San Juan. Although feeling uncomfortable with traveling, she embarks on a journey through the desert. During her first stop, she loses her bag with all her belongings. This unexpected incident leads her to cross paths with El Gringo, a traveling salesman, the only one who can help Teresa find her bag. What seemed like the end of her world will ultimately prove her salvation. 
Born in Buenos Aires, Argentina, in 1978. She made her directorial debut with the short movie El Mar (2012). The Desert Bride is her first feature film. 
Born in Buenos Aires, Argentina, in 1973. She has worked in many movies as an assistant director, script supervisor and casting director. The Desert Bride is her first feature film.