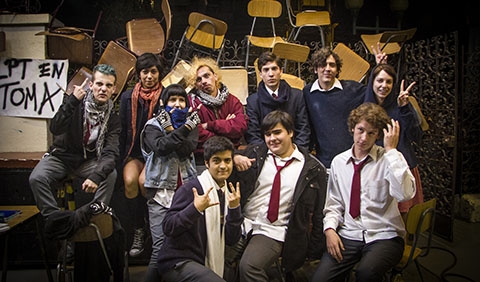 Santiago, Chile, 2006. Martín, an apathetic high school student, joins the school takeover motivated by approaching Laura, the idealist president of the student center. During the takeover, Martín will question his prejudices towards his fellow students and little by little he will be involved in their fight. Together they must face the adversity of confinement as their relationships break down, love blossoms between them and the indifference of society begins to disappear with the awakening of the penguin revolution. 
Is a Chilean-german filmmaker. He studied at the University of Arts, Sciences and Communication in Santiago. He directed the shorts Zapatos de Barro (2013), Huevo Frito (2013) and El Desalojo (2014), in addition to the feature The Last Lonco (2015). Penguin Island is his second feature film.