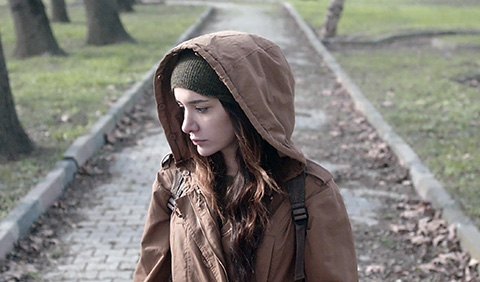 The past cannot be edited. Hasret’s dreams are haunted by a recurring nightmare, from which she disengages every morning. What she experiences nightly however, are not fictional recreations, but memories. As she returns from her job at a news channel, to a flat left to her after her parents’ death 20 years earlier, the questions slowly begins to creep up: did her parents really die in a car crash? 
Born in Rize, Turkey, in 1980. After working as a writer for television and a DJ at a radio station, she started to produce, write and host a TV show about cinema that ran for almost ten years. She has also written film reviews and directed short movies. Inflame is her feature film debut.