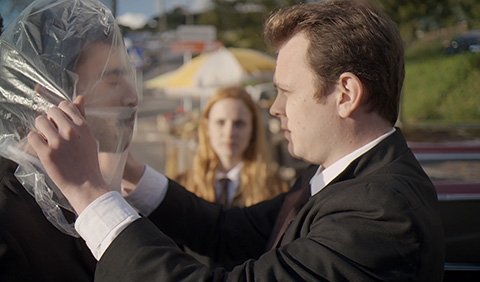 A group of students from a Lisbon`s university organize a secret meeting in the countryside. In the eagerness to obtain a superior status and achieve true knowledge, they submit to the strange rituals and challenges of their leader, the obscure Dux. 
Born in Lisbon, Portugal, in 1971. He has a master on film studies at Paris-Sorbonne University. He worked in different artistic areas, such as literature, theater, dance and video art and directed short and medium-length movies such as Documento Boxe (2005), The Golden Triangle (2014) and Vila do Conde Extended (2015). Silent Meeting is his first feature film.