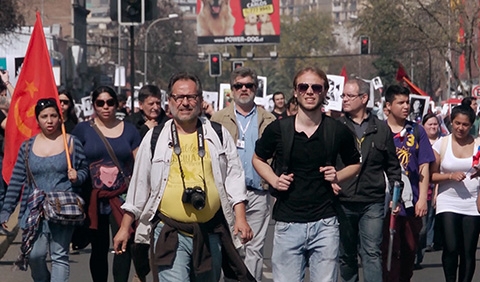 During the Pinochet-dictatorship, Jorge is force to work for them like an instrument for the Chilean secret services. He is able to escape from Chile and becomes a war cameraman based in Belgium. Today, his son Andrés takes him back to the places of his unfinished past.


The Belgian-Chilean director has a master in audiovisual arts from the Royal Arts School in Brussels. He directed the short La Realidad (2009) and the medium-length documentaries Búsqueda en el Silencio (2007) and Marichiweu, Venceremos por Siempre (2012). The Color of the Chameleon is his first documentary feature.