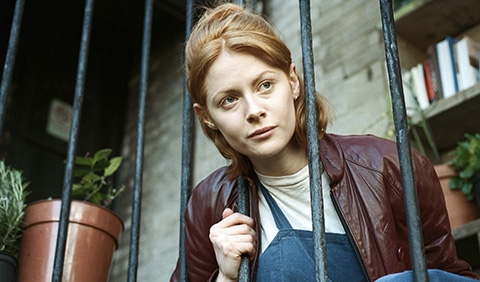 Daphne is caught in the daily rush of her restaurant job, and a nightlife kaleidoscope of new faces. A quick acerbic humour is her distinctive feature, but deep down Daphne is not happy. Then when she saves the life of a shopkeeper stabbed in a failed robbery, the impenetrable armour she wears to protect herself begins to crack, and Daphne is forced to confront the inevitability of a much needed change in her life. 
Born in Scotland in 1967. He made his directorial debut in 2005 with Milk, winner of the Golden Bear for the Best Short Film at the Berlin Film Festival. Burns also directed other short movies, in addition to the documentary Come Closer (2011). Daphne is his first fiction feature.