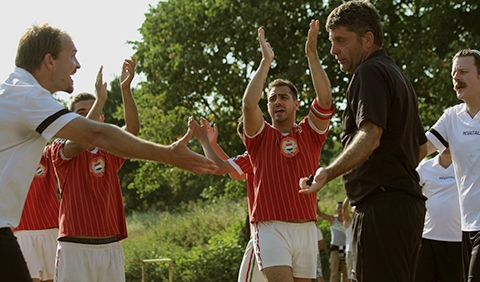 Chaos bursts out among the gypsy minority of the town of Acsa when the mayor announces that this year the gypsy football team called Brazilians can also take part in the football championship of the village. And thanks to a millionaire originally from Acsa, the winning team will be invited to Rio de Janeiro. The championship starts and the events take unpredictable directions. 
Born in Hungary. He studied at the György Bálint Journalism Academy in Budapest. He worked for independent weekly newspapers, for Hungarian television and as director of commercials. Brazils is his first feature film. 
Born in Hungary in 1966. He studied film directing at the Hungarian Academy of Drama and Film. Since 1995, he directs television commercials. He made his feature film debut with The End (2006). Brazils is his second feature.