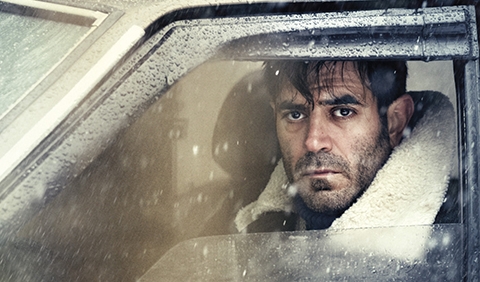 Hakan, a 42-year-old soldier, is recovering in a military psychiatric hospital. With the help of nurse Ayla, he fights his nightmares. Hakan is discharged and upon his return home, he finds out that his wife have abandoned him. The quest for his daughter, Melis, confronts him with his troubling past. Lost and lonely, the unexpected visit of Ayla sparks off his journey to find Sinan, with whom he served before. 
Born in Turkey in 1975. Of Kurdish origin, he flew to Antwerp as a political refugee. He graduated in audiovisual arts from the Rits Film School in Brussels, Belgium. He directed, among others, the shorts Houses with Small Windows (2013) and Shadow (2015). Blue Silence is his first feature film.