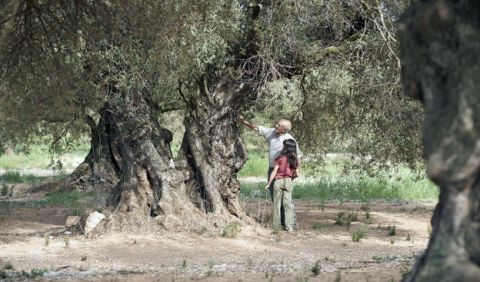 Alma is a 20-year-old girl who works in a chicken farm in a village in the interior of Castellón. Her grandfather, that, for family surprise, stopped talking years before, is the person who matters most to the girl in the world. Now he has also decided to stop eating, Alma becomes obsessed with the only thing that can take him back to his natural state: recover the ancient olive tree that the family sold against his will for over a decade.