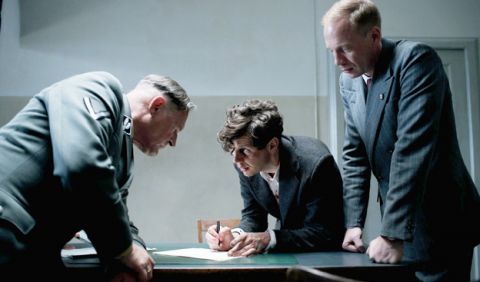 Only 13 minutes were lacking for carpenter Georg Elser to have changed the course of history. On 8 November 1939 he placed a bomb behind Adolf Hitler`s lectern in a Munich beer cellar. But the Führer left the building earlier than planned and hence survived the assassination. He is arrested. During his confinement, he recalls the events and reasons leading up to his plot. 
Born in Germany in 1957. Studied painting and graphism in the Academy of Arts in Hamburg, where he also started working with video and photography. Directed several TV movies, such as Das Go! Projekt (1986), and features like The Experiment (2001), Downfall (2004), The Invasion (2007) and Five Minutes of Heaven (2009).