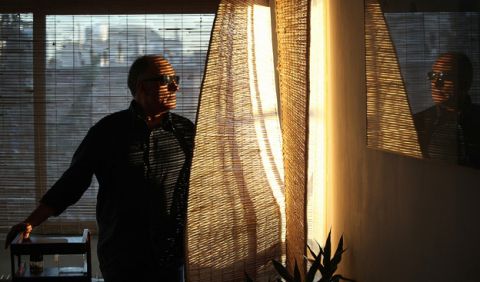 Andreas Winkelmann, a man struggling with the recent demise of his marriage and his own emotional isolation, befriends a married couple also in the midst of psychological turmoil. In turn he meets Anna Fromm, who is grieving the recent deaths of her husband and son. She appears zealous in her faith and steadfast in her search for truth, but gradually her delusions surface. Andreas and Anna pursue a love affair, but he is unable to overcome his feelings of deep humiliation and remains disconnected. Meanwhile, the island community is victimized by an unknown person committing acts of animal cruelty.


Born in Sweden in 1918. One of the greatest Swedish directors, Bergman had a traumatic childhood marked by physical and psychological abuse by his father, a Lutheran pastor. His inner demons were exorcised through his films and plays that explored sexual anxiety, loneliness and the search for the meaning of life. Directed feature films such as The Seventh Seal (1957), which won Jury Special Prize at the Cannes Film Festival; Wild Strawberries (1957); Cries and Whispers (1972, 17th Mostra), which won Oscar for best cinematography; Fanny & Alexander (1982, 32nd Mostra), which won four Oscars including best foreign language film, and Saraband (2003). His first movies were screened at a retrospective at the 32nd Mostra. He died in 2007 at the age of 89.