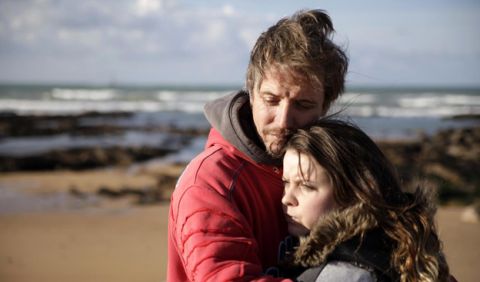 Dom, 36 years old, is a sailor on board of a fishing boat from the port of Les Sables d`Olonne, a small town in western France. He is used to leaving for the open sea for at least three weeks in a row. Despite his absences, his teenage children have decided to live with him since the divorce of the parents. But when his daughter Mailys gets pregnant, Dom understands that he will have to choose between the sea and his family.

Winner of the best actor award for Dominique Leborne at the Horizons section at the Venice Film Festival.