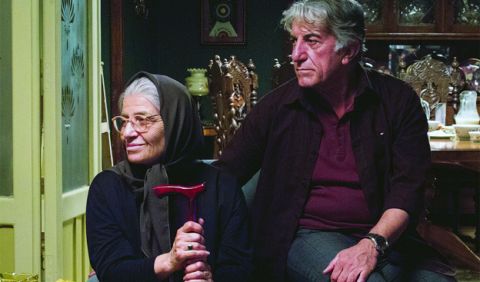 Ghashang and Farang are two elderly sisters who decided to live together following the death of Ghashang’s husband. Bachman, Ghashang’s son, joins them after getting divorced from his wife, a painter who left him because of his obsession for films and writing. Their daughter, Fara, also disapproves of his unrealistic idealism. Bachman’s cousin, Vahid, rounds out the disparate household. One day, Bachman is hit by a car while out for a walk and falls into a coma. 
Born in Khorramabad, Iran, in 1969. He graduated from Art and Architecture Faculty with a degree in theatre. He directed, among others, the features Wishes of the Land (2001), Silence of the Sea (2003) and Golchehreh (2011).