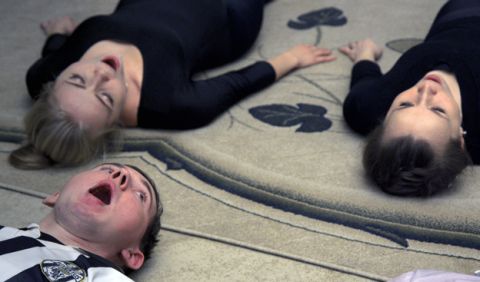 Oleg, 22, doesn’t live up to his mother idea of a real man. She thinks he’s an autistic loafer. He’s enrolled at the University of Nizhny Novgorod and is supposed to be watching online lectures, but his mother says all he actually does is hang around watching TV. Oleg doesn’t have any need for friendships, either. The film raises questions about the distinction between introversion and autism. When will Oleg be allowed to be himself at last? Salvation eventually comes from an unexpected source. 
Born in Radom, Poland, in 1945, and moved to Sweden in 1982. He graduated in journalism and holds a master degree in classical philology. Worked as a reporter, producer and director for television. Directed several films, including Vendetta (1996), Swedish Tango (2000) and Vodka Factory (2010).