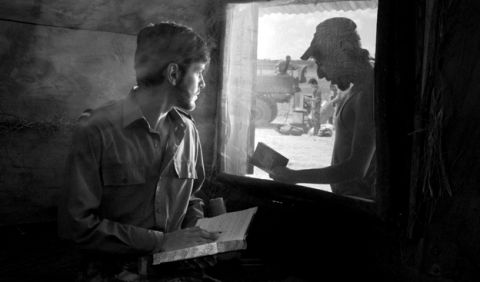 António sees his life being brutally interrupted when he is drafted into the Portuguese Army to serve as a doctor in one of the worst zones of the Colonial War —the east of Angola. Away from everything he loves, António writes letters to his wife while immersed in an increasingly violent setting. In the uncertainty of war events, only the letters can make him survive.