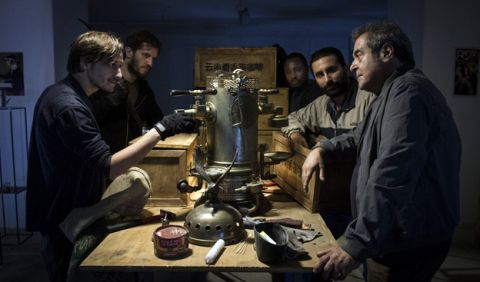 Sommeliers say that coffee has three flavors: bitter, sour and scented. The film tells three stories set in three places of the world, connected by this symbolic element. In Belgium, during a street riot, the shop of Iraqian Hamed is looted. His precious coffee pot is stolen. In Italy, struck by economic crisis, a passionate coffee sommelier gets involved in a robbery in a coffee factory. In China, a successful young manager is asked to take care of a factory that risks to pollute a valley in Yunnan.