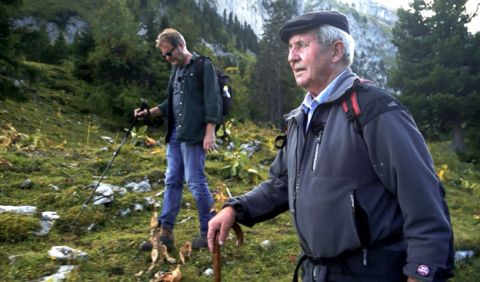 For the first time in history, in 2004, Argentina sent a team to the World Cup for the Homeless in Gothenburg, Sweden. In Argentina, football is the only source of joy and freedom for almost 60% of the poor. Only 30% of the homeless, however, take part in the training, and only eight will be the players chosen for the championship. Preparation, the players? hopes, and the fact the journey to Sweden is drawing near, make of this event the Other Cup, as described by Damián Cukierkorn, who made the film. From the cold steps of the Buenos Aires train station where the journey commences, to the heart of the First World - seven days that are to change their lives forever.


Born in Buenos Aires, Argentina, in 1976. He has worked with TV, radio, and cinema since 1999. He was journalist and executive director in several programs and, for two of them, was awarded the Martin Fierro Prize for Best Argentina Journalistic TV. He was also executive producer for films - El Transcurso de las Cosas (2001) and El Fondo del Mar (2003), in addition to co-producer of Sábado (2001), Algunas Cosas Personales (a short film from 2002), and Estrelas (2006). La Otra Copa is his first film as filmmaker, scriptwriter and photography director.