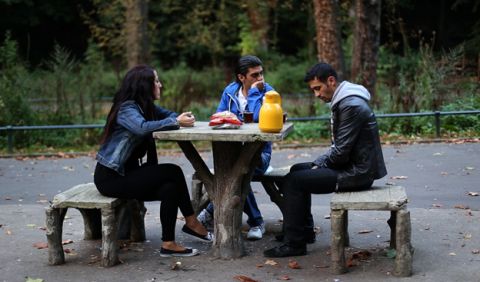 Genç Ali Karabulut, known as Genco, has been stigmatized as “a terrorist” for taking part in Gazi Quarter Riots in 1995 and has paid a heavy cost for that. He was arrested, spent 11 years in prison, and 6 months after his release, received lifetime sentence. Genco’s path crosses in Europe with two young people, his distant relative Mahmut and Gamze, Mahmut’s friend. Mahmut has been engaged with mafia in the same neighborhood and had to flee the country. The film features the dramatic stories and crossing paths of two people of two successive generations whose lives have both been terrorized in the same neighborhood, Gazi Quarter.


Born in Sivas, Turkey. She worked as a news reporter, editor and coordinator in several magazines, newspapers and TV channels. Genco the Terrorist is her first documentary.