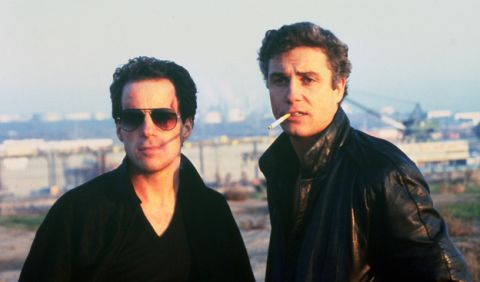 TO LIVE AND DIE IN L.A.
United States

Two cops in Los Angeles try to track down a vicious criminal named Eric Masters. When one of them is killed by Masters, the other swears revenge —no matter what the cost. He becomes obsessed with getting Masters as the law he once swore to uphold becomes meaningless to him.