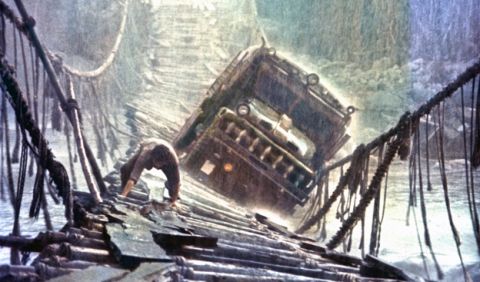 Four desperate men from different parts of the globe agree to risk their lives transporting gallons of nitroglycerin across dangerous South American jungle.