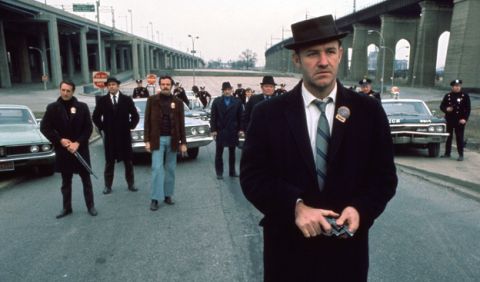 New York City detectives Popeye Doyle and Buddy Russo hope to break a narcotics smuggling ring. But when one of the criminals tries to kill Doyle, he begins a pursuit that takes him far outside the city limits.

Winner of the Oscars: best picture, best actor in a leading role (Gene Hackman), best director, best writing, screenplay based on material from another medium and best film editing.