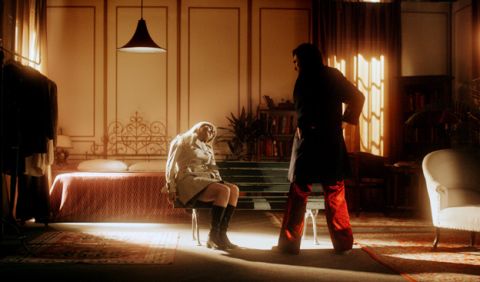 A curious couple, whose existence takes place where art arises along a singular metaphysical desire. They search for it through repeated and varied representations, in a setting of light where hope and desperation blend together.