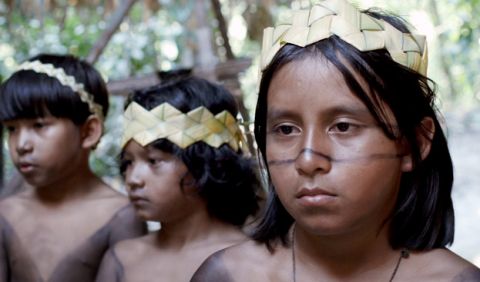 Conflicted with the traditions of his people, a young indigenous man confronts the leaders of his community on the outskirts of Manaus to live by himself in the city centre.