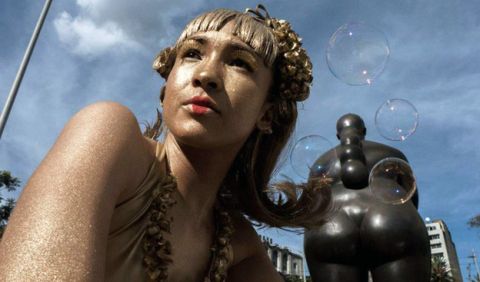 Three stories that all begin at the La Polonesa coffee shop in Medellín, Colombia on Mother’s Day Sunday. Camila is forced to bring her son’s disinterred ashes home when the cemetery is set to be demolished. Erika gets ready to start a new life with her young daughter in Spain. Before she goes, she decides to meet one last time with a Japanese client, who turns out to have a surprise for her. The Happy Girl and Marlon both earn money performing on the streets as living statues. But when they discover each other’s faces and true identities, their relationship to an end. 
Born in Medellín, Colombia, in 1967. Graduated in social communications at the University of Antioquia. Director and screenwriter, he sign the direction of several documentaries for TV such as El Cine en Casa (1999) and Pitch Black: Stories of Miners (2001). He also directed the feature The Colors of the Mountain (2010).