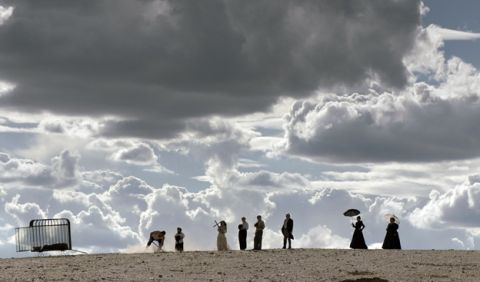 A group of artists travel through Brazilian hinterland presenting a spectacle. When they arrive at a small village, they found out an abandoned city, with houses, a church and even a fountain with clean water, like a miracle in a biblical desert. Tired and weary of their errant life, they decide to stay at the village and start a new community, giving themselves different roles from the ones they played their whole lives. This new setting, though, will reveal the worst vices of civil life.