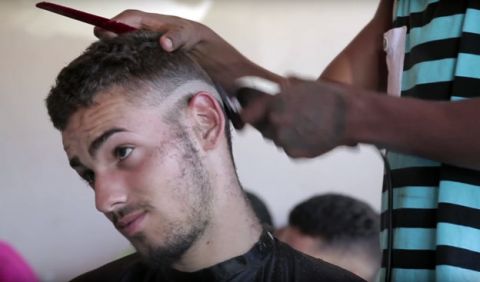 Barbershops from slums and suburbs are the places where the outskirts’ new aesthetic emerges and expands. Meeting point of youngsters, the ‘barbers’ became a space for exchanges of this youth. The documentary enters this universe and among cuts, razors and scissors, shows what’s on the barbers and theirs clients minds. 
Filmmaker and social scientist, he is also a researcher and screenwriter. Since 1997, he works with visual anthropology, focused on urban culture, and themes like funk, samba and hip-hop. He directed the features L.A.P.A. (2008) and A Batalha do Passinho (2012).