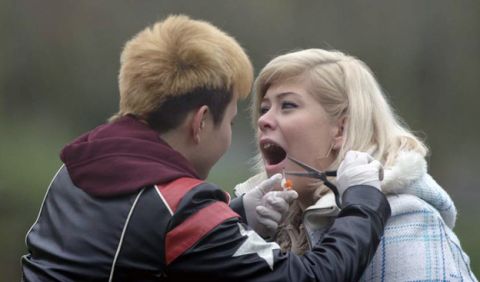 Ania and Kasia are two lively, sympathetic seventeen year olds. They have to manage their own lives and they have an internship at a small hair salon. One day, Ania’s peace is disturbed when her mother, who she hasn’t seen for over half a year, shows up. 
Born in 1983 in Poland. Studied directing at the Film and Television University in Silesia. Directed the short movies The Dog Hill (2011), which he completed by a contest at the Wajda School, and The Whistle (2013), winner of Short Film Grand Jury Prize at the Sundance Film Festival. Waves is his first feature.