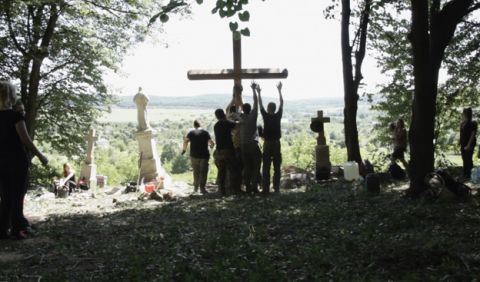 NO LONGER OUR HOMELAND

NO LONGER OUR HOMELAND

NO LONGER OUR HOMELAND
Germany, Poland

The documentary demonstrates the absurd course that things can take when the so called national consciousness awakes and a constructed and at the same time uncontrollable hatred destroys the hitherto peaceful life of a community forever. The war declares human beings as enemies, who have always regarded themselves as neighbors and friends. 
Born in Wrocław, Poland, in 1981. He is a filmmaker, author, producer and actor. He grew up in Poland and Germany. He graduated in drama and now studies philosophy, sociology and ethnology at the Humboldt University in Berlin. He codirected the feature Oilfields Mines Hurricanes (2014). No Longer Our Homeland is his first solo feature film.