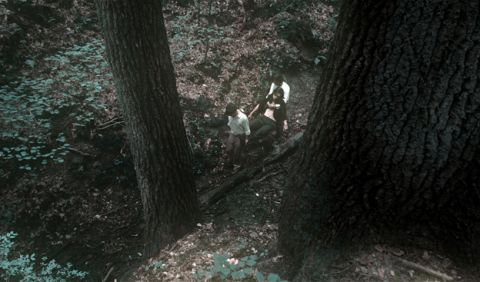 It is a sunny summer day in 1943. Poland is under German occupation. A group of young people, inhabitants of a nearby village, goes to the forest to gather fir cones and brushwood to use as firewood. They talk, flirt and make plans for the future. However this outing has an unexpected outcome: a certain event that will change their lives and the lives of other people who appear as the story develops. 
He graduated in philosophy. He has written several plays, two of them adapted for Polish television. He wrote and directed two short films, Night Visit (2011) and Toreador`s Last Song (2014). Klezmer marks his feature directorial debut.