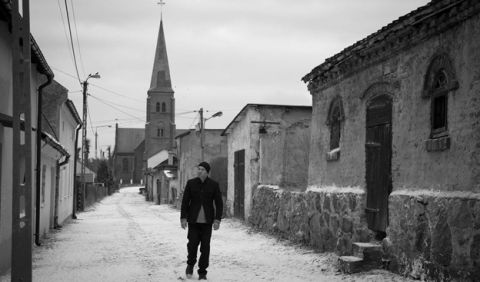 In the town of Ederly, calendars have no meaning. Summer and winter can follow one another in barely a day. And this fact comes as no surprise to anyone. When a man appears in town, however, claiming that he is there for work as a restorer of sculptures, this causes a bit of a sensation. The residents see in him a local man who disappeared 20 years earlier. Based on certain identifiable features they see, the residents assign a series of identities to him. He instantly becomes someone`s son, brother, fiancé, and lover.