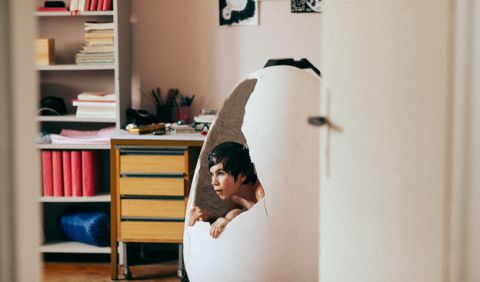 Mickey is no longer a child but he doesn’t know who he is. He has no friends, he doesn’t understand his mother and he doesn’t like what’s happening to his body. Reality and imagination blend into one. Where will his encounter with his own maturing body take him?

Special Mention at the Queer Lion at the Venice Film Festival. 
Born in Poland in 1984. Screenwriter and director. Graduated in directing at the Krzysztof Kiéslowski Radio and Television Faculty and at the Wajda School. He made several short films like Don’t Be Afraid of the Dark Room (2009) and Twist & Blood (2010). Baby Bump is his first feature.