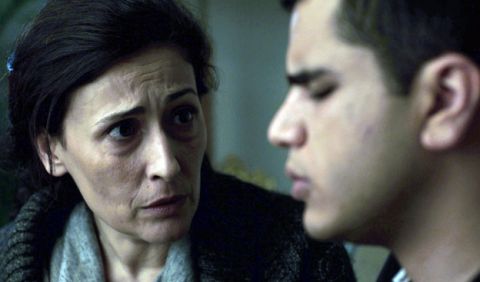 Rabih, a young blind man, lives in a small village in Lebanon. He sings in a choir and edits Braille documents for an income. His life unravels when he tries to apply for a passport and discovers that his identification card is a forgery. Traveling across rural Lebanon in search of a record of his own birth, he meets people on the far fringes of society who tell their own stories, open further questions and give Rabih minor clues about his true identity. 
He is a Lebanese filmmaker. He holds an MFA from New York University’s Graduate Film Program. He directed several short films such as Night, She Said (2005), New York Sunshine (2007), Ali Al-Iraqi (2008) and The Fifth Column (2010). Tramontane is his first feature film.