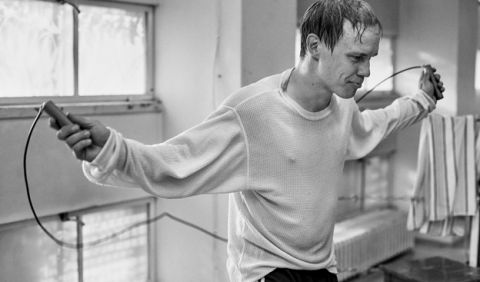 THE HAPPIEST DAY IN THE LIFE OF OLLI MÄKI

THE HAPPIEST DAY IN THE LIFE OF OLLI MÄKI

Summer 1962, Olli Mäki has a shot at the world championship title in featherweight boxing. From the Finnish countryside to the bright lights of Helsinki, everything has been prepared for his fame and fortune. All Olli has to do is lose weight and concentrate. But there is a problem: he has fallen in love with Raija.

Winner of the Un Certain Regard award at the Cannes Film Festival. 
Born in Helsinki, Finland, in 1979. He graduated from the ELO Helsinki Film School of Aalto University in 2014. He directed the short movies Roadmarkers (2007), Citizens (2008) and The Painting Sellers (2010).The Happiest Day in the Life of Olli Mäki is his first feature film.