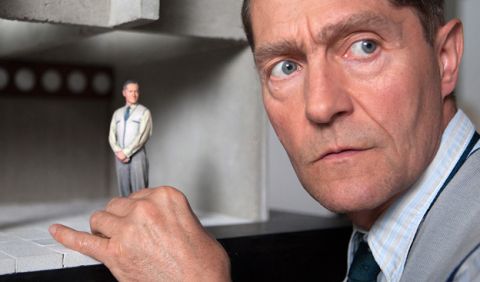 Georg Letterer is an introvert modeler, who builds detail-obsessed prototypes. He receives an order from a famous Hollywood actress Dolores Moor to make a model of her extravagant sprawling modernist mansion. He tirelessly works on the detailed model and simultaneously falls for the unattainable Dolores. One day Georg discovers an unusual power: he is able to influence the physical reality of the villa through the prototype he is building. 
Born in Germany in 1971. Studied directing at the Film Academy Baden-Württemberg, in Ludwigsburg, and, since 2003, works with advertising. He directed, in 2009, the first season of the German TV series Laible und Frisch. Dolores is his first feature film.