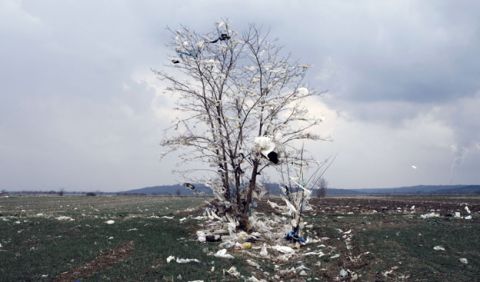 While NATO was bombing Yugoslavia in 1999, a truck containing 53 dead bodies plunged into the Danube near the border with Romania. The documentary draws on the mechanics of a thriller to reconstruct the atrocities, allowing eyewitnesses from back then to have their say in voiceover, their testimonies accompanied by images from the present. 
Born in Pančevo, former Yugoslavia, now Republic of Serbia in 1985. He studied Film and Television Directing in Belgrade. He is the director and one of the founders of the Pančevo Film Festival. Directed the documental medium-length Zivan Makes a Punk Festival (2014) and the feature Depth Two (2016, 40th Mostra). The Load is his second feature film.