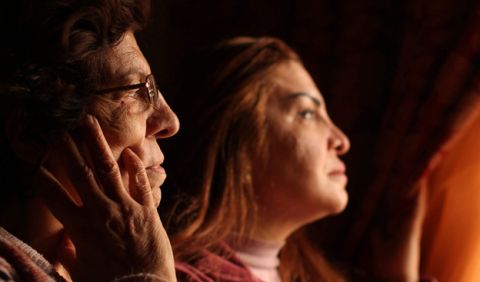 A detailed observation of the movements between the present and an ever existing past of the three generations of women from one family Coexisting, but separated by the age and time that each carry in them, they share their painful experiences and search for a way of life in the loss and agony of the war around them. 
Born in Syria in 1983. She studied law at the Damascus University, and graduated from the Adham Ismail Fine Arts Institute. She worked as an art director for television. In 2013, she directed the short 27 Meters. Coma is her first feature film.