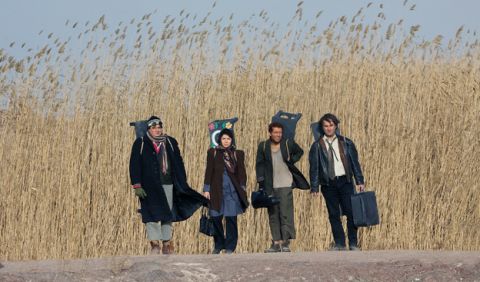 After leaving prison, Nasi, a cinema lover, spends his time watching films and memorizing all the lines. Video usage is forbidden in Iran, so he decides to travel around to perform the films as a one man show on a bench. Gradually he forms a theatre group with a street violinist, an insomniac visual artist, and a former actress. 
Born in Iran in 1962. He studied directing and dramatic literature in Teheran. Writer, director and theater instructor since 1981, he has directed a number of TV plays from Nikolai Gogol, Arthur Miller, Jean-Paul Sartre and Neil Simone. Bench Cinema is his first feature.