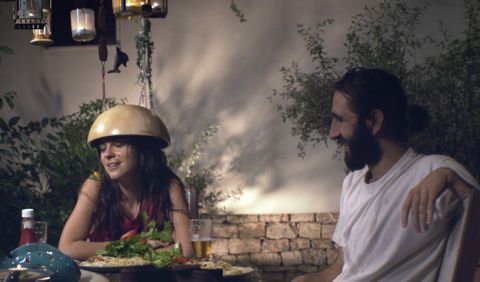 It’s summertime in Athens and Nikos, a 30-year-old broke musician, is taking care of a luxurious villa in the suburbs that belongs to a friend of his. Still unable to get over his recent break-up with Sofia, he figures this is an opportunity to get some much-needed answers and he invites her over for the weekend. Sofia accepts not knowing that Nikos’ plan is to lock her in the house and not to let her leave until she provides some rationale for the break-up. 
Born in Velestino, Greece in 1985. He studied filmmaking in Athens Metropolitan College. Writer and director, he worked for television and cinema and directed several short films including Regular Night (2008), Helen (2011) and Largo (2012). Afterlov is his feature film debut.