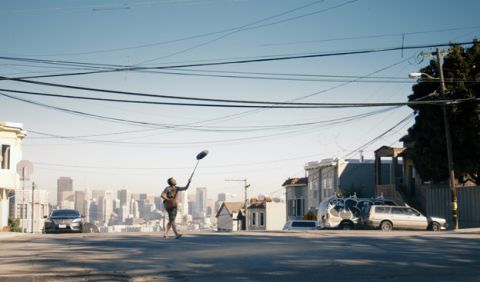 WHAT`S LEFT OF MY LIFE

WHAT`S LEFT OF MY LIFE

Schimon has found the love of his life and made his passion for the world of sound into a career. He is convinced that fate is on his side. But then everything falls apart. A string of catastrophic misfortune leads to the death of his pregnant wife. Despite his grief, Schimon trusts that life will make it up to him somehow. Instead of giving up, he fights. Just weeks after the death of his wife, he falls in love. But then what’s left of his life catches up with him. 
Born in Hohenlohe, Germany, in 1981. He studied at the Filmakademie Baden-Württemberg, and directed the short films Der Letzte Rest (2008), Livestream (2010) and Die Welt Danach (2012). What`s Left of My Life is his first feature.