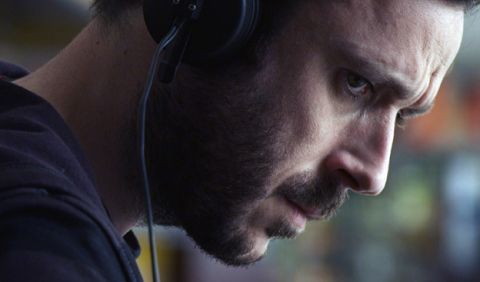 Thomas, a sound engineer, lives in a studio with Wyatt, his alcoholic boss. Secluded in his sounds, he lives with the painful memories of a past relationship and no longer does what he loves, sound portraits. Amina, a young Moroccan woman, invades his life to, it seems, escape her own. She very soon becomes the perfect subject of a portrait. But in order to find out who Amina really is, he will have to hold out his microphone, from the French suburbs to Morocco, and learn again how to listen.


Born in Toulouse, France, in 1973. He studied cinema at Brussel’s Free School (former INRACI). He has directed several fictional and documental shorts, such as Manou Gallo, Femme de Rythme (2007) and L`homme qui Cache la Forêt (2010). Sonar is his first feature.