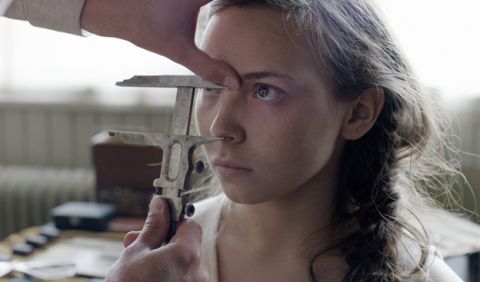 Elle Marja, 14, is a Sámi girl. Exposed to the racism of the 1930`s and race biology examinations at her boarding school, she starts dreaming of another life. To achieve this other life she has to become someone else and break all ties with her family and culture. 
Born in Umeå, in the far north of Sweden, in in 1986, with a Swedish mother and Sámi father. She studied direction at the National Film School of Denmark. Directed the shorts Att Dela Allt (2009), Paradiset (2014) and Northern Great Mountain (2015). Sámi Blood is her first feature.