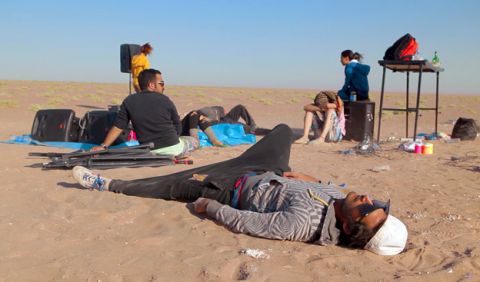 Anoosh and Arash are at the center of Tehran’s underground electronic music scene. Tired of hiding from the police, they organize one last techno rave under dangerous circumstances in the desert. When Anoosh is arrested, there seems to be no hope left. But then they receive a phone call from the biggest techno festival in the world. 
Born in Germany in 1977. Studied photography and art history in London and film in Zurich. Debuted in direction with the documental short Julie Will Mehr (2013). Raving Iran is her first feature.