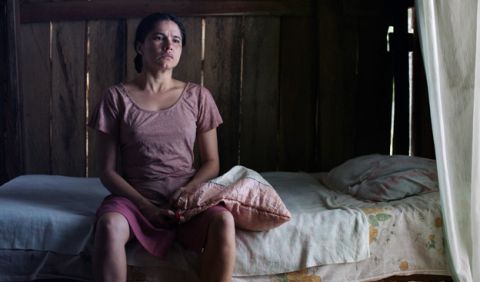 The story of three women forced to flee their homes in a war-torn region of Colombia. Each woman’s journey, marked by terror, takes her on a trek from the depths of the jungle to the outskirts of Bogotá, where each must gather the strength needed to start a new life. 
Born in Colombia in 1975. He directed the documentary films Paraiso (2006) and Corta (2012). Oscuro Animal is his first fiction feature film.