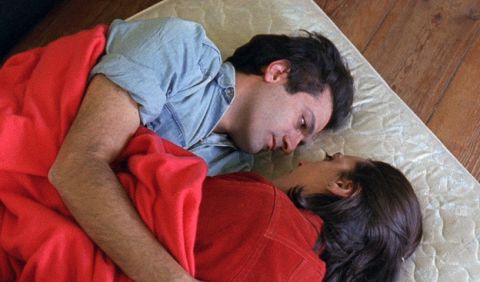 Melissa and Gustavo cross the Atlantic to start a new life in Berlin. They set sail on making films, friends and music, but fear awakens when a secret emerges. A cosmic portal opens up inviting them to expand their journey beyond time and space.


Melissa was born in Porto Alegre, Brazil, in 1981, and Gustavo was born in Florianópolis, Brazil, in 1980. They started making films together in 1999, first on Super-8 and later on 16mm, their medium until the present day. They moved to Berlin in 2006, where they founded the production company Distruktur. They directed, among others, the short movies Éternau (2006), Fotokino (2012) and A Máquina do Tempo (2014). Muito Romântico is their first feature film.