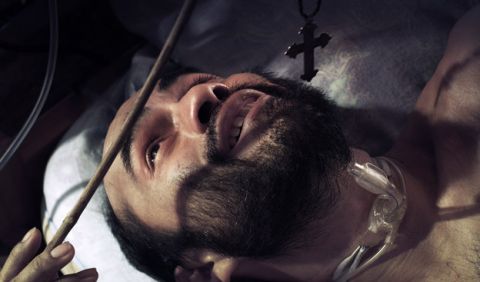 BETWEEN SEA AND LAND

BETWEEN SEA AND LAND

28-year-old Alberto lives on a swampy marsh adjacent to the Caribbean sea, which he dreams of one day visiting. But Alberto is afflicted with a neurological disorder that confines him to his bed, and his mother Rosa takes care of him. Alberto’s wry humor and creativity help them muster the strength to endure, and he enjoys the company of his neighbor Giselle. But the life he imagines with his would-be-sweetheart feels just as close-yet-out-of-reach as the sea he looks upon. As he slips into anguish, Rosa confronts her past in order to lift her son’s burden and make his dreams attainable.

Winner of the Special Jury Award for Acting (for Manolo Cruz e Vicky Hernández) and the one of the audience awards at the Sundance Film Festival. 
Carlos del Castillo is a New York Film Academy director and producer who specialized in audiovisual effects, screenwriting, and cinematography. He graduated in dramatic arts and has directed plays on the South American stage. Del Castillo has visited different places in 20 years for audiovisual projects. Between Sea and Land is his first feature film.