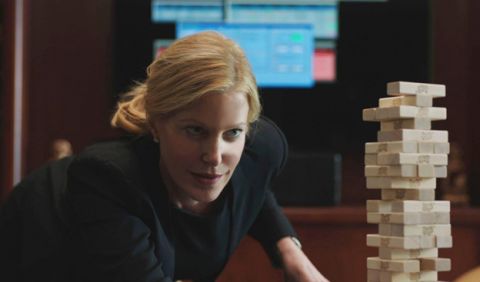 A female investment banker, fighting to rise to the top of the corporate ladder at a competitive Wall Street firm, navigates a controversial tech IPO (process also known as capital opening) in the post-financial crisis world, where loyalties are suspect, regulations are tight, but pressure to bring in “big money” remains high.


Born in USA. Her first work as a director was with the short movie Mark in Argentina (2009). In 2013, made her feature film debut with Farah Goes Bang. Equity is her second feature.