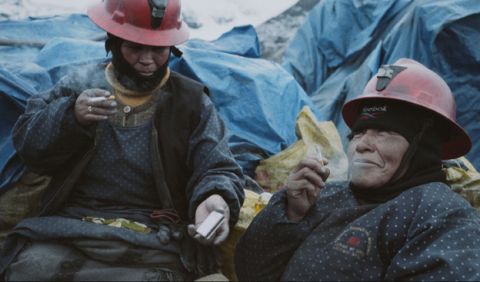 Eldorado is a haunting and mysterious ethnographic reality cut-up. Set in the highest settlement in the world, La Rinconada y Cerro Lunar (5.500 m), in the Peruvian Andes; an illusion leads men to self-destruction, moved by the same interests, dealt with the same tools and means in contemporaneity as it has been dealt in the ancient times. 
Born Portugal in 1987. She studied cinema in Lisbon and Prague. She also took a course of visual arts in Amsterdam. She signed many video installations, such as Self Portrait (2016) and Ubi Sunt (2017). Salomé directed documentaries, like the short movies Theatrum Obis Terrarum (2013) and The Community, and the features No Man’s Land (2012) and Eldorado XXI (2016, 40 th Mostra).