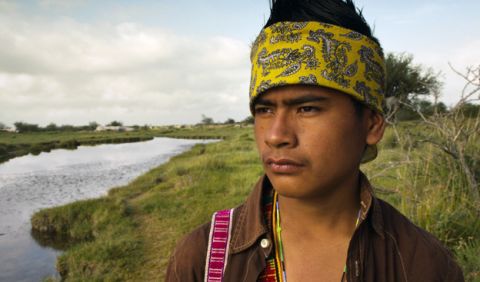 Nieri is a young Huichol indian who dreams of travelling with his music band to play in a concert in Mexico City. He faces opposition from his father, who is a Mara´akame (Huichol chaman) and has different plans for his son. He must find the Blue Deer in his dreams in order to become a Mara´akame himself. 
Born in Mexico City. He studied psychology and philosophy before graduating in film at the Universidad Nacional Autónoma in Mexico. He directed short movies such as Raíces (2007), 6.36311 (2007) and Los Trashumantes (2009). Mara´Akame´s Dream is his first feature film.