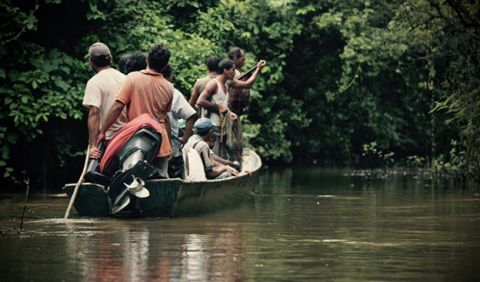 1988. The town of El Amparo. Border with Colombia. Chumba and Pinilla survive an armed assault in the channels of the Arauca River in which fourteen of their companions are killed in the act. The Venezuelan Army accuses them of being guerrilla fighters and tries to seize them from the cell where they are being watched over by a policeman and a group of locals to prevent them from being taken away. They say they are simple fishermen, but pressure to yield to the official version is big. 
Born in Venezuela. He is an actor, screenwriter and director. Studied at the Juana Sujo School of Performing Arts and at the Central University of Venezuela School of the Arts, both in Caracas. In 2013, he directed the medium-length film El País de Abril. El Amparo is his first feature film as a director.